Skip to main content
This form of migration refers to a situation in which members of a family come to join one of its members (the “sponsor”), who is lawfully resident in another country. This commonly includes fiancé(e)s, (proposed) civil partners (in countries where such provisions exist), spouses, or unmarried or same-sex partners (again, this route is only available in some countries), dependent children and adult and elderly dependent relatives.

As with any other form of migration, this migration can be temporary or permanent. People can either enter a country with the purpose of family reunion, or they can ‘switch’ into the family route after having entered a country to work or study. For example, a student may enter into a relationship, and thus make the decision to settle based on a marriage or civil partnership. As with other forms of migration, the categories and reasons for migrating often overlap. Economic migrants who may have come to a country temporarily could decide to bring their family over due to changing circumstances in their home country or newly introduced immigration policies which restrict the free movement of workers. This is what happened to South Asian migrants who came to the UK to fill labour shortages after the Second World War (see section 1.2).

Reflect on the three 'Family Reunion' migrant stories from India, UK and Somalia.

What are the similarities in their stories?

Put yourself in the shoes of one a family reunion migrant.

Write a letter to your best friend in your home country explaining what life is like as a migrant in the UK.

Sashi Singh is 43 years old and was born and grew up in a small town in Punjab, India. She had a very happy childhood, surrounded by cousins and friends. She was training to be a teacher, when she met a young man at a bus stop near her home.

We got chatting, and I found out that he lived in England and was on a holiday visit and knew my aunt. Later that week, my parents told me that there was this marriage proposal for me - it was that man I had met at the bus stop! I wanted to carry on with my studies, but was also excited about starting a new life with him.

When she first came to Slough in England, Sashi found life very hard. She had never had to do any housework before because at her parent’s home they had servants to help. Now she was expected to do all the cooking and cleaning, and also had to find paid work outside the home.

I began work in a factory assembling electrical goods. After I had my first child, I started working part-time - I had two jobs. I used to leave my daughter with my neighbour so I could go to work as a cleaner in the morning, and in the evenings, after my husband came back from his work I worked at a Phillips factory. The money was not great, but I had to take what would fit around looking after my daughter.

She went on to have a son, and returned to full-time work after a few years. Both her children gained university degrees and now have secure jobs. Sashi feels that her sacrifices and hard work have paid off. 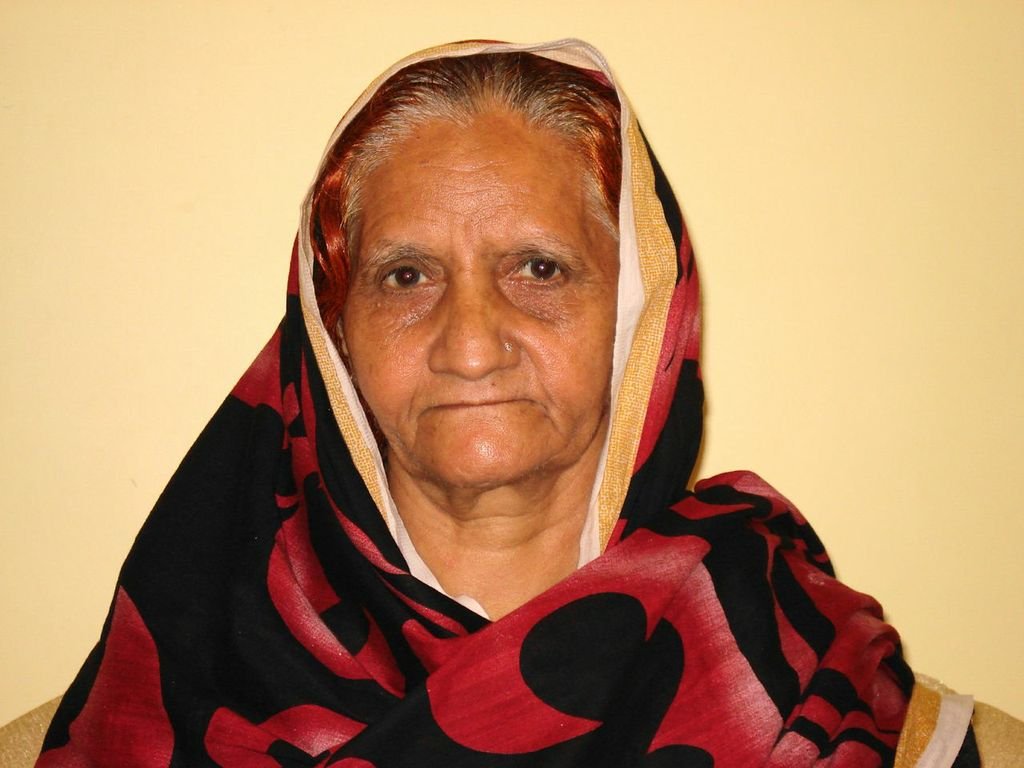 Background note on migration from Punjab to the UK

The ties between the British and the Punjab region of India go back 400 years. However, the significant phase of migration from Punjab to the UK began after WWII. Britain’s labour shortages shaped the post-war migration patterns from Punjab. It was primarily men from middle-ranking peasant families in Punjab, particularly those who had been previously employed in the colonial army or the police force and their relatives, who took up this opportunity.

These Punjabi migrants found work in the manufacturing, textile and the service sectors, including a significant number at Heathrow Airport in West London, as well as in the textile mills in Northern England. After the Commonwealth Immigrants Act was passed in 1962 which restricted the free movement of workers from the Commonwealth, most workers of South Asian origin decided to settle in the UK and were eventually joined by their families.

Jean was a 17 year old young woman  living in Liverpool when she met an American airman at the Lacarno dance Hall in Liverpool in the early 1950s. They fell in love and when she could not get permission to marry (as she was not yet 18), they eloped. They got married in June 1952 in Gretna Green.

They lived in Liverpool for a while, where their eldest son was born, and when he was nine months old they went to live in Texas. They had a nice house on the Gulf of Mexico in Brownsville. But Jean did not expect the prejudice she faced because her husband was a Mexican American.

It was tough as I was married to a Mexican, although he was an American, born in Texas. We were stared at in supermarkets. One time going down on the bus to southern Texas, we were taken off the bus by the border patrols. All our luggage was taken off the bus. They wanted to see our marriage certificate. I didn’t know what was going on and I had a nine month old baby with me. Everybody on the bus was complaining because they had to take every single suitcase off the bus.” "I said to my husband, ‘what’s all this for?’ and he said ‘you’ll have to get used to this’. 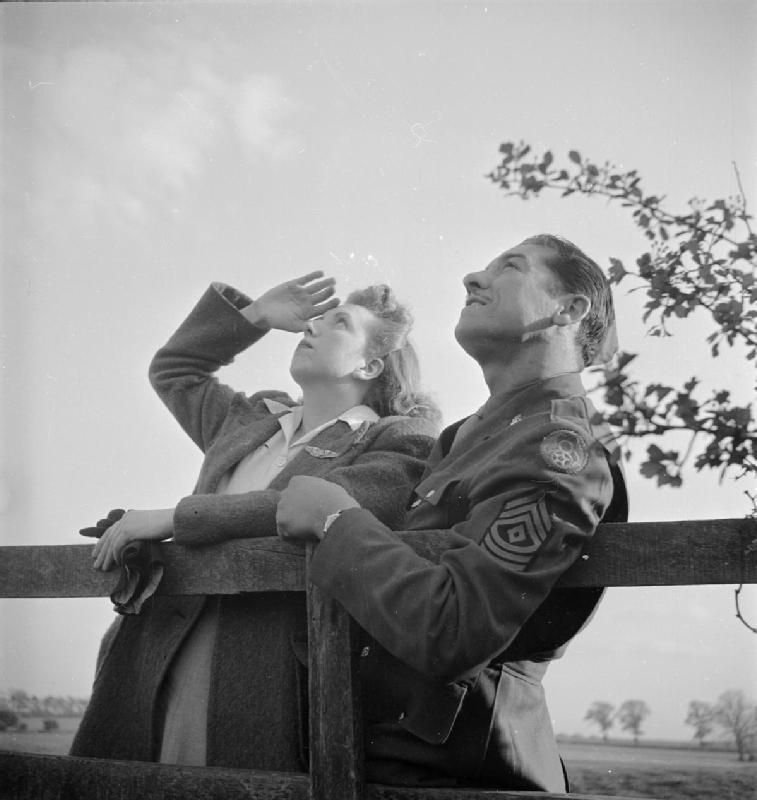 GI bride – called after the “Government  Issue” referring to supplies of uniform etc provided for US troops -  is a term for marriages that took place during the two World Wars between male soldiers and women from countries where the soldiers were stationed. The deployment of British soldiers in Europe and elsewhere during World War II meant that there were fewer young British men stationed within the UK, whereas large numbers of servicemen from Canada and US were temporarily located within the UK before and between military missions.  The romances were often short, and the marriages hastily arranged before the airforce and army personnel went to battle. Their time together was limited to periods of leave between active service and before the GIs returned home.

Most GI brides had to wait for some time after the war ended to arrange to join their husbands in the USA or Canada. By the early 50s, it is estimated that more than 100,000 British women were married to American and Canadian soldiers they had met during the war. After the end of WWII many of these women, together with approximately 22 thousand children, sailed across the Atlantic to begin a new life. They had to leave their families, homes and everything that was familiar to them. This migration of war brides remains one of the lesser known movements of people in recent history.

Mo Farah was born in Mogadishu, the capital of Somalia in 1983. His father lived in London and met his mother while on a holiday in Somalia. Mo’s family were well off, and he had a comfortable and happy childhood. However, as the political situation in Somalia deteriorated, his father decided to go back to London where he had a right to reside. Mo and his brothers came with him to begin a new life in the UK.

Mo arrived in London when he was 8, not knowing how to speak a word of English. His father taught him three English phrases "excuse me", "where is the toilet?" and "c'mon then". He made the mistake of trying the last phrase on one of the bullies in his school, and came home that day with a black eye. He struggled to learn English and because of the language barrier, his academic performance suffered over the next few years. The only things he loved at school were running and playing football.

Mo’s PE teacher, Mr Watkinson, took him under his wing and encouraged him to take up cross-country running. In an interview to The Independent, Mr Watkinson recalled, "Mo's family were struggling to make ends meet and they couldn't drive him around to all the meetings and training.” So his teacher helped him to keep up his training. After he completed school, Mo spent a brief period working in a fast food restaurant and a sports shop. He eventually won a £10,000 National Lottery grant to take up running full time.  Mo went on to win 2 Olympic gold medals in 5000m and 10,000m in London 2012. 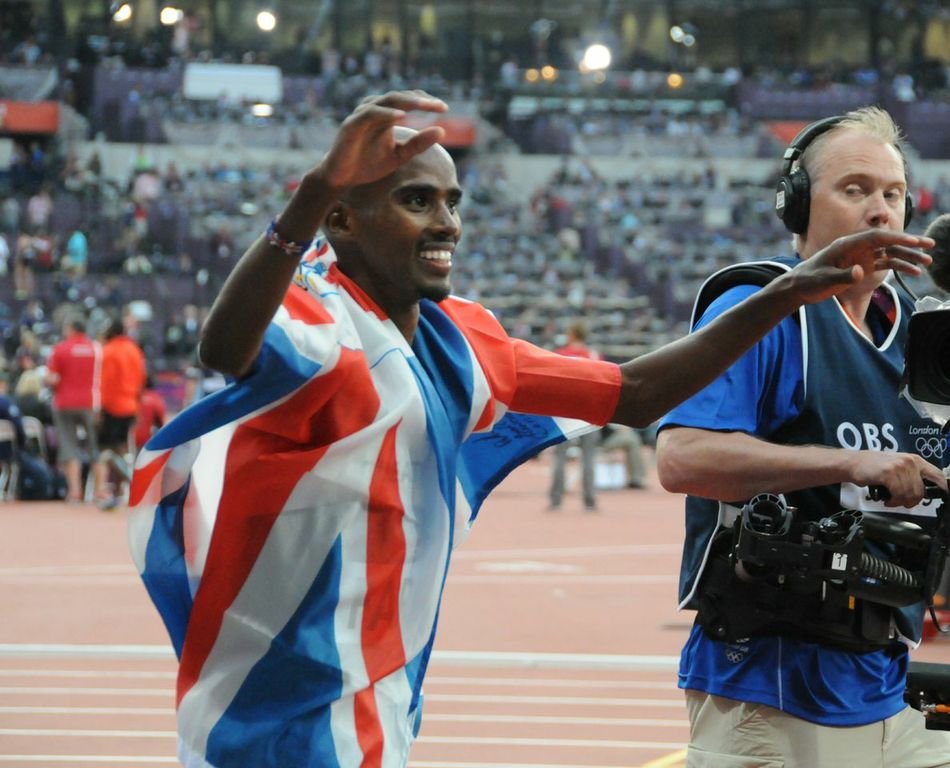 Background note on migration from Somalia to the UK

The history of Somali settlement in the UK is a long one. Small numbers of Somalis have settled in London, Cardiff and Liverpool since the 19th century, having arrived in the UK as seamen and traders.

The substantial phase of Somali migration to the UK has been since the 1990s, after the central government of Somalia led by President Barre was overthrown by opposing clans in 1991. The ensuing fighting between rival warlords has led to widespread violence and instability in Somalia. There has been no effective government in Somalia for many years, though currently there are hopes that the new constitution and government will provide much needed stability.  However the instability over recent decades meant that the country had no capacity to deal with famine and disease which have resulted in the deaths of up to one million people. Over the last two decades, many Somalis have migrated to other countries in search of security and to escape starvation. In 2011, the worst drought in six decades left millions of people on the verge of starvation and caused tens of thousands to flee to Kenya and Ethiopia in search of food.

A majority of Somali  refugees have migrated to other countries in Africa including Ethiopia, Kenya and Egypt. At the end of 2009, the United Nations High Commissioner for Refugees (UNHCR) was supporting about 670,000 Somali refugees in these countries, which was the third largest refugee group after war-afflicted Iraq and Afghanistan, respectively. Smaller numbers of Somali refugees have found their way to European countries including The Netherlands, Switzerland, the and Norway and the UK.