Louise was born in Hampshire, on 30 January, 1877. Her mother died when she was 18 months old and her father married again.  Louise was taken out of school at the age of eleven to work in her stepmother’s home-based laundry business. For the next two years, Louise had to fetch and carry the linen and turn the mangle, a type of roller that was used to wring the water out of the clothes before washing machines were invented.  Louise had a difficult childhood as her stepmother would often hit her with anything that came to hand, including a stair-rod, a poker, and a broom handle. Louise became partially disabled with tubercular hip disease when she was thirteen.

In her mid teens, Louise became determined to leave her difficult home life. Despite her disability and her father’s opposition, she decided to find work as a domestic servant. Louise worked in various households from the early 1890s onwards.

In 1911, Louise married John Jermy and went on to have 2 children, both sons. During this period of her life she did not undertake paid work. But in 1921, John Jermy died of double pneumonia.

Louise began work as a farm labourer soon after his funeral, but this job did not last long. Given her ill-health and her responsibility for two young children aged 9 and 5, Louise found it difficult to obtain work.  She finally found regular employment as a laundry maid in a manor house.

When Louise was fifty-seven years old she published a memoir, which is how we know the story of her life. She died in 1952, aged seventy-five, in the cottage in Wroxham which she had shared with her husband.

For more on domestic service: http://www.bbc.co.uk/history/british/britain_wwone/women_employment_01.shtml 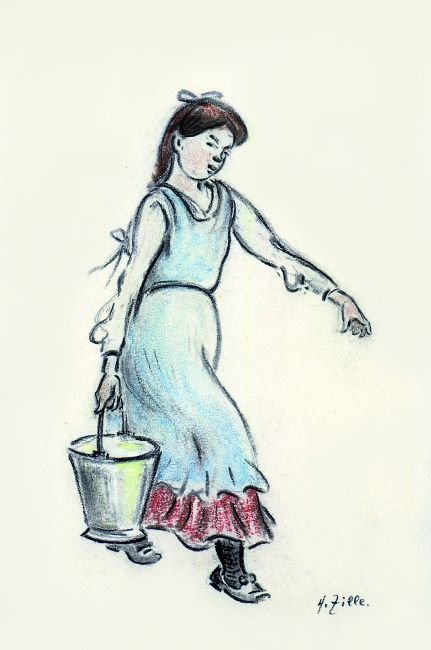 Women and work in the inter-war period
A video exploring the ways in which Britain changed due to WWI and women's entry into previously male occupations during this period.